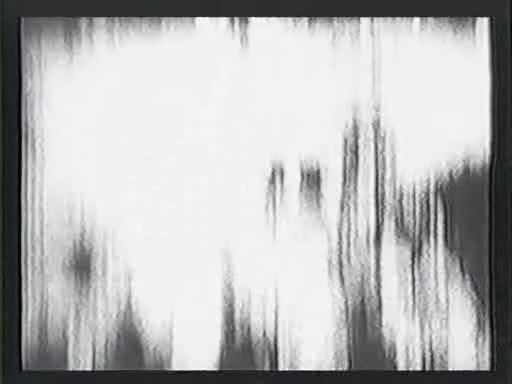 “A thing that seems to be exactly the same thing may seem to be a repetition but is it.”

I believe Gertrude Stein. I believe in Gertrude Stein. There’s one thing I know: There is no such thing as repetition as long as any thing is alive. Each ingesting of a seeming repetition is primed with contexts, with myriad unique silences, with surrounding lies and honesties, with different soil beneath one’s feet and clouds above one’s head. Same river twice and all that.

It can be difficult to maintain that belief when faced with ‘repetition’ in artwork. Series. Re-focuses. Loops. To find the confidence to believe in oneself enough – isn’t that the point?

Isn’t that the point.

It helps when the artist’s passion runs deep; their understanding of the work’s meaning both rooted and unflappable. Their own confidence, of an ancient variety. I don’t write about music much anymore. Last night was. Different.

Gavin Bryars’ Ensemble’s performance of his masterpiece, Jesus’ Blood Never Failed Me Yet, at Cafe Oto last night, the penultimate piece of a two-night retrospective stand in NE London which the group made in the middle of an ongoing calendar of new avenues and new works, was the most brilliant execution of Insistence Not Repetition I’ve encountered. A sold-out audience, almost 100% standing, utterly silent, swaying, some openly weeping, many with their hands grasped involuntarily as in a prayer.

The piece, for those unfamiliar, is a 26-second fragment of an elderly, sober, homeless man recorded at Elephant & Castle in the late-1960s. The man sings what we’ll consider a hymn, though its words and tune seem to have been created by the singer – Bryars has never found a trace of them elsewhere. Likewise, after hearing the tape (made is part of a documentary on the homeless situation in London), Bryars searched for the man himself to no avail. I’ve seen him quoted as believing the man may have died before Bryars ever heard the tape. Bryars took that fragment, looped it in an off-kilter 13-bar loop, and composed a series of accompaniments for it that build and bawl around the man’s voice.

This was in 1971. I wasn’t born when Bryars first recorded this music. It’s impossible to even estimate how many times he has heard that loop – at Cafe Oto last night, we heard it around 60 times. With a quick bit of multiplication, my guess is that Bryars has heard or played along to that loop many, many more than 125,000 times. And yet, at the end of the Cafe Oto performance, there he stood: both hands covering and muting his bass, his string section performing the final minutes of the accompaniment’s lush, uplifting, yet sad hymnal, his eyes closed, listening with an apprentice’s respect.

I’ve been fascinated of late by Ken Jacobs’ film Tom, Tom the Pipers Son, from the same era as Jesus’ Blood and perhaps made from the same heart muscles. In it, Jacobs re-photographs and re-photographs aspects of a scant few scenes of extant footage from a long-forgotten and long-lost film – a peasant-crowd scene from a period recreation. The loving, lingering eye that gives these unknown actors their haunting moment – none of their names are known, nothing about them but this brief accidental survivor of film decay – this is an obsession of mine as far back as I have memory. What happens to us – not our bodies, not even our souls, but the memory of us, after all this?

The final death of a human – the death of the last speaking of their name – is one we have extended in strange ways over the past century. We have tape, we have video, we have an increasing infinity of historical documentation. It extends that second-death for some human beings: the famous, the wealthy, the powerful, and then … a seemingly random selection of others. Those random selections then must act as a stand-in for the rest of the lost and forgotten and give dignity to those unrecognized souls who haunt our modernity.

And yet it is not infinite. It is not forever. We fool ourselves into thinking that it is. We fool ourselves into thinking that our information, our photos and recordings and videos, can cheat the finality and the ultimate. Listening to the old man’s voice last night, for what might’ve been my own 1,000th time (I’ve listened to that piece on recordings since 1993) it still transforms its spaces, its listeners, its vibrations. It still haunts. One thing I know.

But you needn’t a thousand repetitions. A single listen explains why we are so attached to this work: insistence. This man has been dead longer than I’ve been alive, and yet his faith seems, still, unshakable. The faith of the forgotten seems a lesson more worth learning today than ever before. Belief in a saving future. Insistence. Not, not, repetition.

Is there, perhaps, a comfort in knowing that there will come a day when the old man’s voice is heard in public for the final time? No one will note it in the moment. I feel as though, appropriately, it will be in London. It will be in a small room with only a handful in attendance, people whose great-great-grandparents were at Oto last night; it will be in Braintree or Slough or Crawley, or some other yet-to-be-annexed part of the megalopolis. The piece will end, the dozen folks in attendance will applaud, and the voice will finally withdraw into rest.

It has been a long time since I was as effected by a musical performance as Jesus Blood last night. I want more. I wanted more instantly. I recorded 90 seconds of the performance on my phone, so that I could listen again on the bus, again on the train, again at home in the dark.

Repetition is at the heart of spiritual experiences. Of, obviously, ritual. Jesus’ Blood is a ritual of our age. It is sacred music. It creates sacred spaces. Churches. It creates – not ‘haunting moments’; but moments of haunting. He comes to us, and tells us we are still loved. There’s one thing I know.